The Sweater gamefowl fighting rooster is the most prestigious of all gamebirds, and it always comes out on top. The Sweater is an essential part of any discussion of cockfighting.

The sweater gamefowl is the dominant kind that knocks out the competition via sheer force of will. They’re quite powerful and aggressive, thus their attacks always win.

The sweater gamefowls’ original bloodline lacked the endurance necessary to make them a formidable opponent, but genetic enhancements have changed all that.

Over the years, Carol Nesmith’s Sweater gamefowl has won the vast majority of derby matches against tough competition in the bloodiest cockpits in the Philippines and Mexico.

The Sweater gamefowl lineage of fighting cocks became the most successful in the Philippines and throughout South America, especially Mexico.

History of the Sweater Gamefowl Breed

Sweater Gamefowl: The Unbeatable Opponent of All Gamebirds

In their fight, the sweater gamefowl seems to care less about the fate. Both on the ground and in the air, they exert zero tolerance. They’ve trained hard and now they have the savvy to win in a fight as well.

“There is no one best strain fowl and not one best breeder,” Carol Nesmith says. Because of the availability of resources (money and knowledge), the era of cocking game monopoly is over. And he ought to know, too.

The game birds raised by Black Water Farms’ owner have won the vast majority of derby contests against fierce competition in the Philippines and Mexico.

And he deserves credit for creating the Sweater line, which is today the most successful breed of gamefowl in derbies.

Carol purchased three of the original Sweater gamefowl from a breeder who told him the strain had been “bred out” and was no longer able to compete successfully in championship competition.

The stag back then was a pale red color with white streamers in its tail, a pea comb, golden legs, a high body, and an abundance of feathers.

The hens, which are buff and straw in color with black trail feathers, resemble Roundheads but are more stately and have fuller plumage.

He didn’t want to perpetuate a dying breed, so he shipped the Sweater gamefowl rooster to Mr. Brown at Oak Grove Farms to be bred to his yellow-legged Hatch. 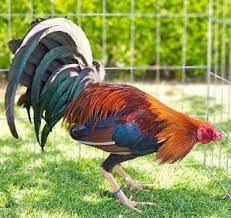 After a few years of breeding and annual bouts with tougher roosters, it became clear that the program was too focused on its own genetics to be competitive.

In previous bouts, Sweater gamefowls fighting roosters were early-game assassins that could dispatch most of their opponents with a combination of rapid footwork, deft sidesteps, and incredible cutting skills in the air and on the ground.

For this reason, Sweaters were the most dreaded foes back then, as they could easily overpower and kill inferior roosters in under a minute.

However, the Sweaters’ endurance ran thin when fights lasted longer than five minutes and when it came down to absorbing blows as well as dishing them out.

The roosters needed reinforcements to keep competing in the brawl.

In order to learn from one of the top game fowl breeders and competitors in the Philippines, Carol teamed up with Mr. Nene Abello, who has previously won the World Slasher in Manila and other major derbies with Sweaters.

SportOfKings2 from Santi Magno on Vimeo.

Nene’s friends and business partners were all avid cockers, but Carol Nesmith was the only one who was constantly on the lookout for ways to improve the breed of game fowl he was raising.

Nene and Carol traveled to Mr. Ray Hoskins in Texas in search of a yellow-leg cock with the same type and color as the Sweaters, but with longer plumage of very broad feathers and quills as durable as whalebone.

A chicken with such feathers might compete in multiple fights per season. Initial crossings were robust and frantic. Carol rebred with the Sweater race, subjecting them to battle and experimentation.

There was a steady increase in the quality of the offspring produced by the Sweater gamefowls, with each generation maintaining the breed’s legendary fierceness.

But the cross- and back-breeding that has resulted in stronger fighters with the endurance to last the toughest brawl has made them more effective assassins at any stage of a derby, from swift strikers at the outset to the toughest and most powerful finishers for any opponent that survives their initial attacks.

The crowd went wild for the new game birds, cheering on their Sweater gamefowl bets even as they took hits and kept charging.

Since then, promotions for Sweaters as a breed of game fowl have filled the pages of modern high-end cockfighting magazines and derby pits all over the world.

Since Mr. Carol Nesmith originally created them, not so long ago, they’ve made a lot of progress.

While Carol wasn’t the one who created the Sweater gamefowl breed, he played a crucial role in its success and is the one who perfected the breed’s bloodlines.

The original seller informed him that his breed was hopeless in a competitive environment.

As a result of Carol’s collaboration with Rafael “Nene” Abello, one of the Philippines’ top cockfighters, the lineage rose to prominence and eventually became unrivaled.

Who is Rafael “Nene” Abello?

Nene Abello comes from a line of cockfighters. Moreover, he was instinctively drawn to producing rooster fighters despite having had just a rudimentary introduction to the sport as a boy in Manila.

He is well-known in the world of cockfighting and is regarded as one of the most successful breeders in the Philippines. He has a long list of victories in derbies and is still unbeatable in the champion’s seat.

Nene Abello is pleased with the demand for the roosters he breeds and sells because of his reputation for expertise, integrity, and sagacity.

Many people have said that Rafael “Nene” Abello is a Living legend, a real gentleman, and the best gamefowl hunter in the world. He has earned a solid reputation as a game bird breeder.

See also  What Came First, the Chicken or the Egg?

Sweater gamefowls come from a winning lineage that may force their opponent to submit or flee. They can move quickly through the air and on the ground, attacking until their enemy can’t defend themselves.

Although early Sweater bloodlines were notoriously short on stamina, subsequent improvement through infusions of other bloodlines has resulted in today’s Sweaters being complete fighting machines and one of the most feared in the cockpit.

Sweater gamefowls are powerful fliers with a wide variety of possible attacks. They are more dangerous individuals on the ground.

With several World Slasher titles to its name, Nene Abello of Bacolod City, Philippines, created the Possum Sweater 226 bloodline, which is widely considered to be the best Sweater lineage.

10 Amazing Reasons to Raise Cochin Chickens
10 Most Common Fascinating Chicken Sounds and Noises and How to Decode Its Meaning
Facts About California White Chickens (And Why it's One of the Best for Egg Production) Updated Jan....
Important Things You Should Know About Your Laying Hens
7 Amazing Ways to Deal with Lethargic Chickens
7 Proven Scientific Ways to Test For Freshness of Eggs (Updated January 2022)